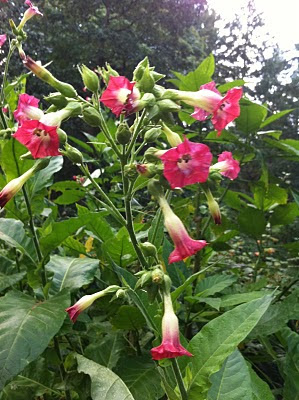 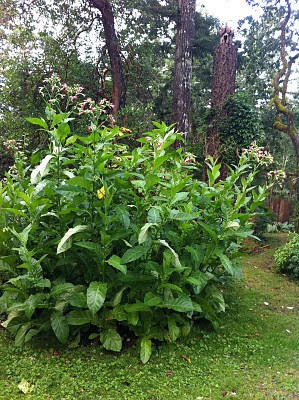 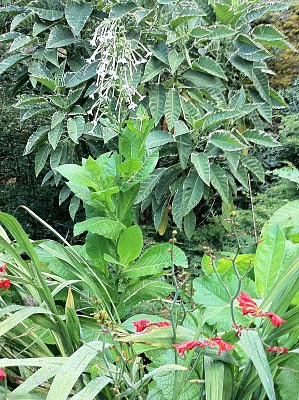 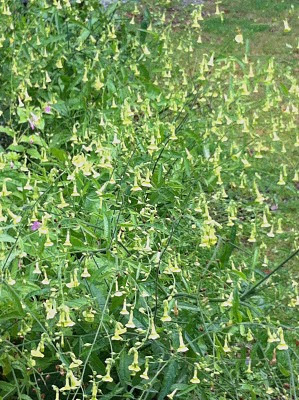 Surprizingly, the showiest of the three species is the smaller and green flowered species Nicotiana langsdorfii. We have used this species in tubs, plants and tucked in gaps in the perennials beds, in both sun and shade. It is at its most impressive however where 6 or 10 or more are planted together where it forms an impressive display of a curtain of chartreuse bells-particuarly effective in a bobbing and swaying in a breeze. In the plants, I like the effect when combined with purples, most effecitvely in one planter on the pondock deck where it is combined with Salvia buchaninii and the flowers are displayed well against the huge fuzzy purple leaves of Solanum quitoense.
Posted by David F. Fraser at 4:53 PM No comments: 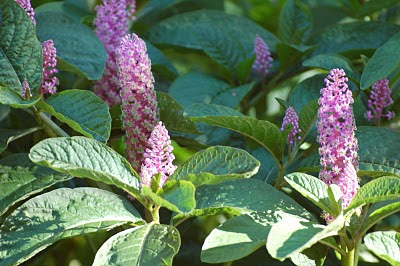 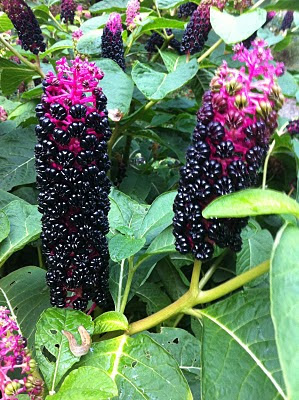 Almost every visitor to the Leaning Oaks garden asks about the identity of this plant. Phytolacca polyandra (also known as Phytolacca clavigera). This is a robust herbaceous perennial from a woody rootstalk. The new growth emerges in the spring a rich wine red and the plant quickly becomes shrublike with terminal racemes of bubble-gum pink flowers.

There are about 35 species of Phytolacca, several are quite coarse looking plants, this is the best species that I have tried. A few years ago I grew some Phytolacca bogotensis from seed, the plants looked similar to P. polyandra, but the racemes were smaller. P. bogotensis proved to be not hardy in our garden, succumbing to the first winter frost.

P. polyandra has proven to be perfectly hardy for our garden and each plant lives for about 4 or 5 years. A few seedlings pop up every year however, and I always have a couple of plants in reserve to continue the show. Some Phytolaccas have proven to be very invasive, so this one warrants careful scrutiny before widespread planting. So far in our dry Saanich Peninsula garden it has proven to be a polite seeder, but folks living in a damper clime should watch this and make sure that it continues to behave itself before totally embracing it.


In the late summer all the stalks deepen in colour to a deep pink and the each branchlet tipped with a shiny, faceted, jet black berry - a startling combination of colour and texture. The berries stay on the plants for several weeks, and then, as if there is some signal, American Robins, Varied and Hermit Thrushes set upon the plants to clean off the berries. Some years the foliage turns bright yellow while the fruit is still on the plant, a very showy combination indeed.

Chinese Chokeberry can be difficult to find, it only occasionally shows up in nurseries. Seed is often for sale at the UBC botanic garden and it germinates readily after a winter outdoors. Fraser's Thimble Farms sometimes has plants for sale. The nursery where I bought our original plant is no longer in business.

Deer have not been an issue with this plant, which is not surprizing given its toxicity. Gardeners with small children should be aware that all parts of the plant are poisonous including the glossy berries. Slugs damage the odd leaf or two, but not enough to be an issue with this plant.
Posted by David F. Fraser at 8:12 PM No comments: 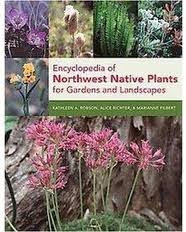 My reaction when I first picked up this hefty book, was “Finally!!” I have long thought that a comprehensive guide to the landscape-worthy plants of our part of the world was overdue. The book is attractively produced and covers over 500 species native to the west coast of North America from southwestern Alaska to Oregon and east to Idaho.
Authors Kathleen A. Robson, Alice Richter, and Marianne Filbert set themselves an ambitious task, to identify the garden worthy species from this area describe their hardiness, propagation and culture.

My initial enthusiasm for the book was soon checked however. My first foray into the book was to check on how they dealt with some plants I had in pots ready to go into the garden. The first was Sanguisorba menziesii (Menzie’s Burnet) a red-flowered Burnet that I had just purchased (at a local supermarket!!). Not only was the species not mentioned in the Encyclopedia there was no mention of the entire genus, which contains several garden- worthy species. My rooted cuttings of Luinia hypoleuca (Silverback Lunia) were also ready to go into the garden, and again there was no mention of this attractive drought tolerant species in the book. Cypripedium acaule (Pink Ladyslipper) also had no entry in the book, although there is mention in early parts of the book that they had purposely not dealt with the more difficult to grow hardy orchids because they were not widely available – this despite the fact that there are numerous commercial nurseries now producing Cypripediums through laboratory culture.

The two pots I had of Spiraea splendens (S. densiflora var spendens) (Mountain Spiraea) fared much better, there was a brief description of possible uses, a heartening note that although it was a plant of higher elevations it fared very well in low elevation gardens and, bonus, that it is a good source of nectar for butterflies. Also useful was a note that the red and orange fall colour is stronger in sunnier locations.

This prompted me to look at some of the entries for other species that we grow in the garden. The descriptions for several of species, while perfectly accurate, were missing important information that would be useful for gardeners and landscapers - the intended audience. For example Darmera peltata (Indian Rhubarb) has no mention of the spectacular fall colour that the big leaves attain when grown in full sun. In general there was a lack of the prose and descriptions that one would expect of a gardening book, especially one that has set out to encourage folks to use native plants in the landscape - (all sepals and styles but no sizzle).

This flaw is exacerbated by the choice of photographs. The photos used are the work of a single photographer, and while they are mostly technically sound, many of them illustrate single flowers or worse, depauperate specimens. These do little to show the ornamental potential of some of the species illustrated. For example, the photo of Mimulus dentata (Tooth-leaved Monkeyflower) is of a young recently transplanted individual and gives the reader no idea of the ground cover potential of this wonderful plant. The twig of Arctostaphylos uva-ursi (Kinnikinnik) on page 387 likewise does not inspire the use of this species; Given the extensive use of this species in landscaping there is little excuse for not illustrating a vigorous plant or, better yet, a planting . Sourcing photos from a number of photographers and looking for photographs of good specimens would have made for a much better book. 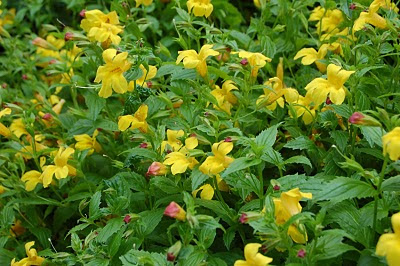 Also missing from the book are sources of native plants, public gardens and landscapes that use natives, mentions of seed sources, native plant gardening societies and web resources. While many of the entries would eventually date the book, they would have made useful chapters for gardeners interested in this topic.

Is the book worth buying? Definitely, it’s the most comprehensive volume out there and is a great companion to go along with Krukenburg’s Gardening With Native Plants of the Pacific Northwest and Pettinger’s and Costanzo’s Native Plants In The Coastal Garden: A Guide For Gardeners In The Pacific Northwest. Have we got the definitive text on gardening with our native plants?…not yet. 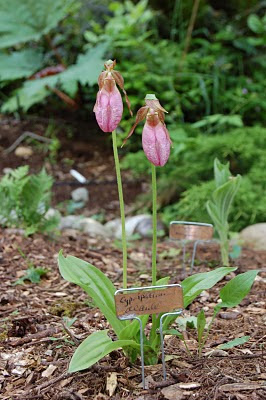